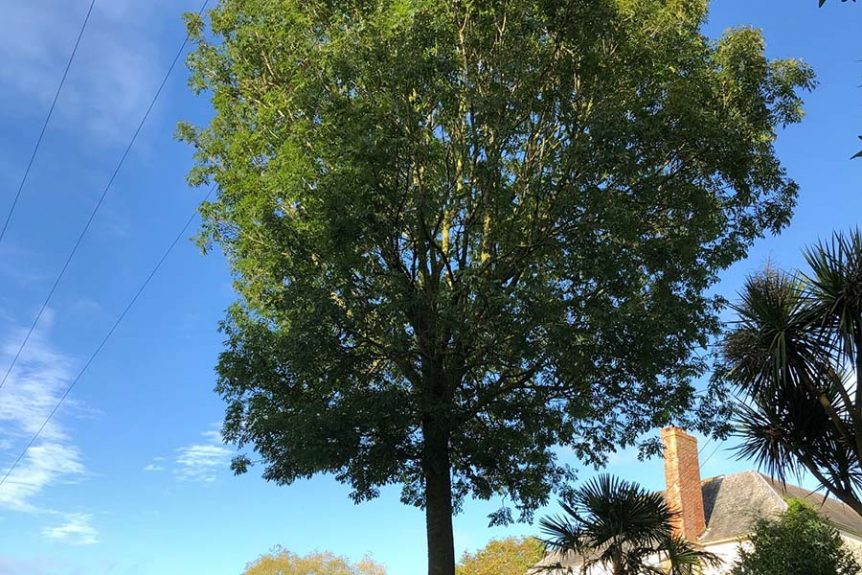 50 years ago Dutch elm disease pretty well wiped out the common elm in the UK.

It was a tragedy. Elm was an emblem of the English landscape, our largest tree and handsome to boot, and its disappearance felt brutal and unsettling, an echo of the social, political and financial unease that gripped England in the late 1970’s

I can well remember seeing hedgerows stripped of their elms and the gaping holes left behind. But as is well known, nature abhors a vacuum, and the common Ash, Fraxinus excelsior, was waiting in the wings to exploit a massive opportunity. This it did to such effect that only 30 years on the damage seems to be repaired, save for those of the of us that still hanker for the muscular, stately architecture of the elm filled hedgerows that used to stride across the landscape. Where I live in Devon Ash is now by far the most common hedgerow tree, a highly effective competitor in the relentless struggle for hedgerow domination. Only itself to be cut down in turn by Ash dieback.

All is not lost. Ash die back was first described in the Baltic regions of Poland, Lithuania and Latvia in the early 1990’s. It killed nine in ten of the Ash population, in one sense a huge disaster, but in another a rousing testament to the way in which genetic diversity is one of the keys to a species’ resilience. The remaining 10% were immune. So why, by contrast, did Elm suffer a complete wipe out? Because in Northern Europe it has not reproduced sexually since Roman times, relying instead on vegetative reproduction via a truly gigantic web of suckers – that is, the Elms were in truth a monoclonal population, so with the right bullet, kill one, kill them all.

Thus there is a population of ash trees on the southern fringes of the Baltic, much depleted but nevertheless incontestably there and immune to Ash dieback. It’s existence would have been easily apparent by the turn of the new century. And It gave an opportunity for the forestry and nursery trades to source stock descended from these trees and so be able to be sure they were not themselves spreading the disease.2

I cannot speak for the detail of what happened in Europe, but in England chaos ensued. DEFRA, Nero like, spoke pathetically of ‘monitoring’ the situation and demanding that ash trees should only be imported from ‘disease free areas’. It is often not possible to know if a tree is sick for as long as a year after infection has occurred so this advice was utterly useless. They should instead have issued a directive to buy descendants of trees from areas utterly ravaged by the disease. And as for the use of the word ‘monitoring’ in this situation, it was meaningless, vacuous.

Post script. Above is a picture of an Ash tree in my garden, self seeded in 1999. Admittedly it has had ideal growing conditions and the benefit of the care and attention that it is possible to give a single specimen. It also shows what a transformation 20 years can bring and what an opportunity was missed.